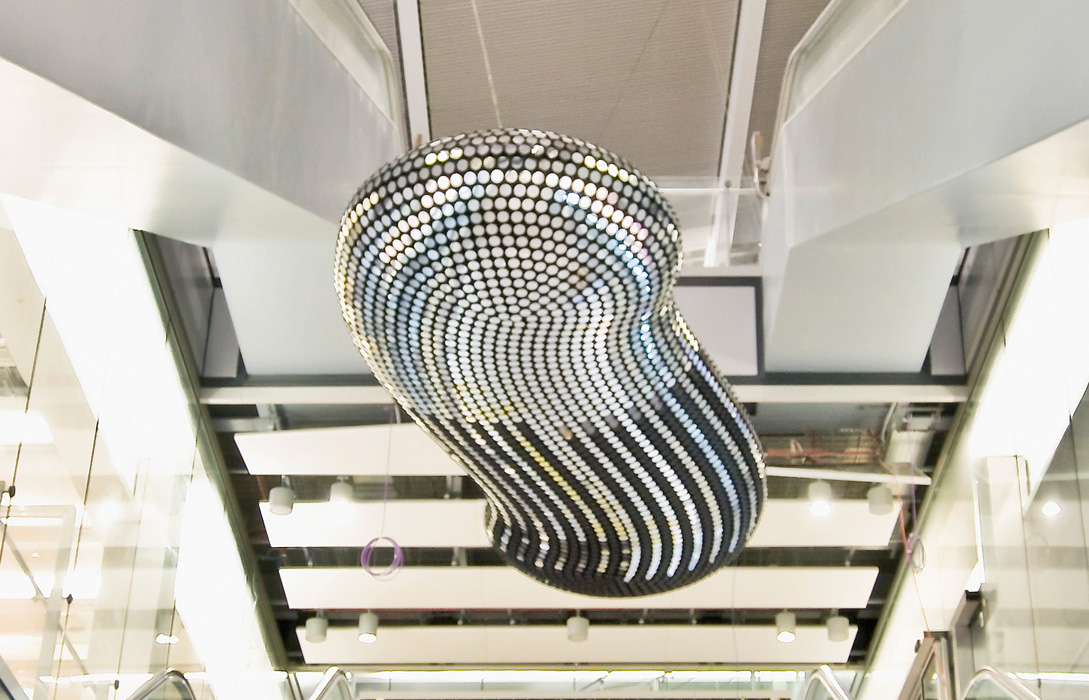 ‘Cloud’ is one of Troika’s early collaborations and indicative of how the artist collective strives to combine science, art and metaphysical enquiry. Commissioned by Artwise Curators and British Airways in celebration of the opening of Terminal 5 at Heathrow Airport, the permanent, site-specific artwork is installed in the terminal’s lounges, alongside works by El Ultimo Grito, Christopher Pearson and Oona Cully.

The suspended sculpture is covered in mechanically animated dots that flip between silver and black – a technology originally used for information boards indicating arrival and departure times on travel boards commonly seen at train stations. Embracing this now obsolete technology, ‘Cloud’ uses over 5,000 flip dots with bespoke engineering and specially developed animation software that allows the appearance of the cloud to change constantly throughout the day.

‘Cloud’ is an early example of Troika’s re-appropriation of existing processes, simultaneously displacing the original function of the flipdots while highlighting their technological potential. The work speaks of a bygone area, of an overlooked vernacular technology with the utilitarian function of telling time. By reworking an outdated material, ‘Cloud’ is a comment on availability, production and consumption and reframes an object’s previous value through subsequent use.