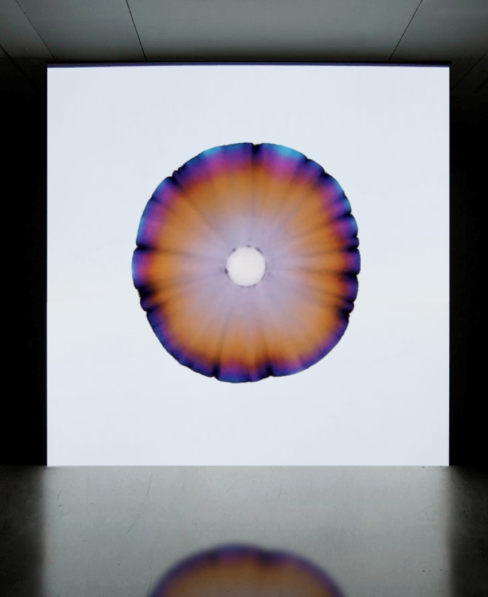 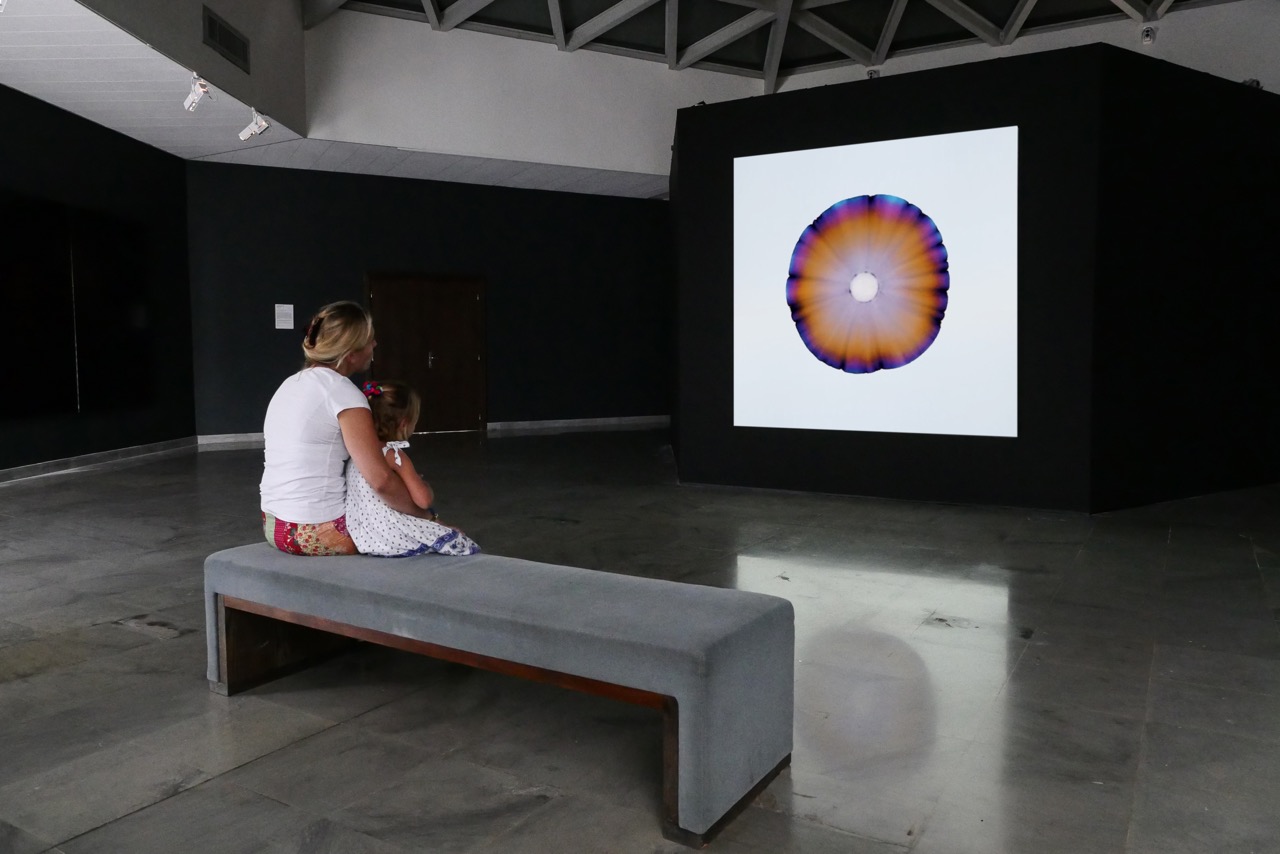 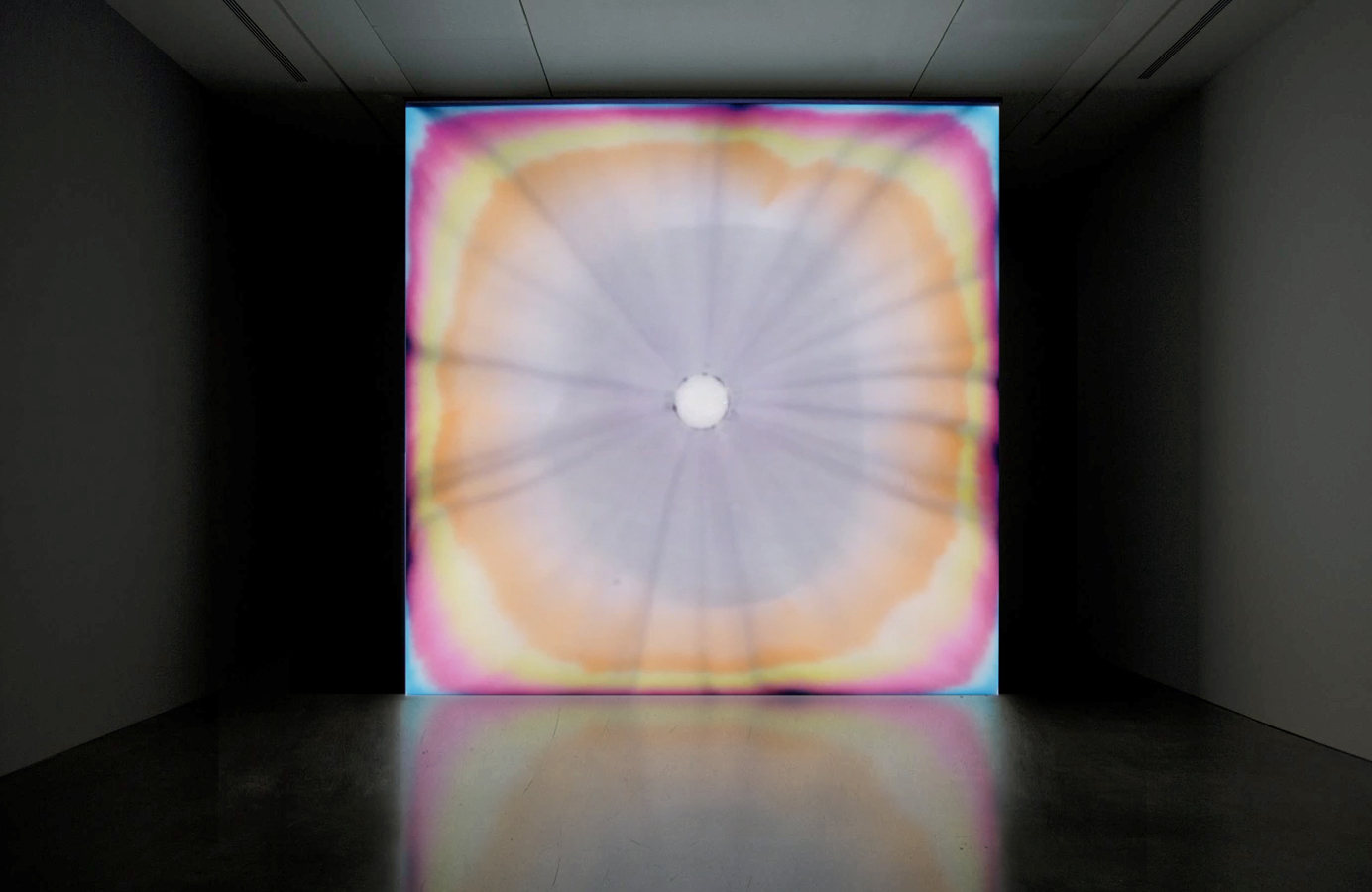 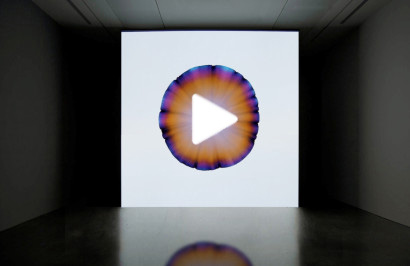 ‘Time only exists so that not everything happens at once’

Troika’s video installation ‘Time only exists so not everything happens at once’ is part of their progression of black ink works, which also includes ‘Small Bangs’ (2013), ‘Drawing Together, Drawing Apart’ (2015) and ‘Horizons’ (2015). Drawing on Troika’s interest in the generative potential of control, the various works reflect on difference and distance, constraint and release, unpredictability and harmony.

The works on paper are made by applying water to black ink until the black disappears and is replaced by the separated colours of its intrinsic makeup. In 2014, these works developed into Troika’s first video-based work to date, ‘Time only exists so that not everything happens at once’. The video is a documentation of the circles of black ink as they manifest in an array of colours. Originally commissioned by the Daelim Museum of Contemporary Art for Troika’s solo exhibition ‘Persistent Illusions’, the film was exhibited for the first time in Europe at the Fondation Vasarely in Aix-en-Provence in 2016.

The film, alongside its preceding works on paper is a reflection on the ambiguity and pluralist nature of things and our experience of time in an imagined world where all possible outcomes of an event occur simultaneously. It thereby conceptually inscribes itself in the lineage of Troika’s other recent works, such as ‘All Colours White’ (2016), ‘Limits of a Known Territory’ (2015) and ‘Dark Matter’ (2014) and their double deceptive nature.